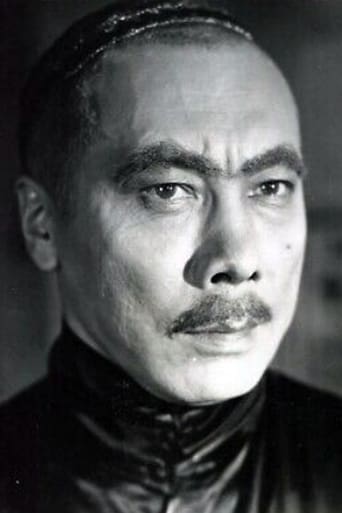 Valéry Inkijinoff (Russian: Валерьян (Валерий) Иванович Инкижинов; 25 March 1895 – 26 September 1973) was a French actor of Russian-Buryat origin. His strong facial features made him a favourite villain of French cinema for exotic adventure films and crime movies. Inkijinoff was born to a Christian Buryat family of a teacher in Irkutsk gubernia. He studied at the Polytechnical Institute of Saint Petersburg and was for a time one of the resident actors of an imperial theater of this city. At the beginning of his career in Russia, he appeared first as stuntman in a few movies and then as director and as actor. His major lead role during the Russian part of his career is The Son in Storm Over Asia by Vsevolod Pudovkin in 1928, a major Soviet propaganda film about a fictional British consolidation of Mongolia. He was also an actor in the troop of Vsevolod Meyerhold and was then appointed as director of the movie and theater school of Kiev in Ukraine. In 1930, while in France on a European tour, he refused to return to the USSR. According to Boris Shumyatsky, the Soviet cinema boss, Stalin, when in 1934 he learned that Inkijinoff had never returned, said: "Too bad that the man escaped. Now he, probably, is dying to come back but, alas, too late." He starred in 2 movies while living in the Soviet Union, and contrary to Stalin's assumption, Inkijinoff became immensely popular in Europe, arguably the most successful Soviet actor abroad, starring in a total of 44 French, British, German, and Italian movies. In France he frequently played the part of Asian villains. His most active period was in the thirties, when he appeared in Les Bateliers de la Volga and the G. W. Pabst film Le drame de Shanghai. He played for Fritz Lang in 1959, in Der Tiger von Eschnapur and its sequel Das indische Grabmal, in which he played the role of the high priest Yama. In 1965, Philippe de Broca cast him as Monsieur Goh, the wise but scary Chinese who guarantees to the Jean-Paul Belmondo character a certain death in Les tribulations d'un Chinois en Chine. His last movie was with Brigitte Bardot and Claudia Cardinale, where he played the role of Indian chief Spitting Bull in Les pétroleuses. He was a great friend of Charles Dullin and Louis Jouvet, and had a long career in French theater, appearing for instance in Marie Galante by Jacques Deval. He died at his home in Brunoy, Essonne, France, aged 78. Source: Article "Valéry Inkijinoff" from Wikipedia in english, licensed under CC-BY-SA 3.0.