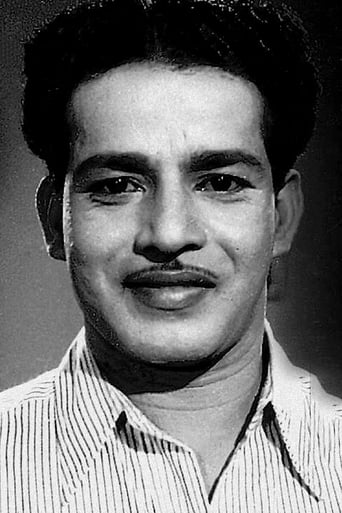 Manuel Sathyaneshan Nadar commonly known by his stage name Sathyan, was an Indian film actor known for his work in Malayalam cinema.Widely considered as one of the greatest actors in India,He is also regarded as the toughest actor in the Malayalam film industry personally and professionally, and respectfully called as 'Sathyan Master' by everyone. Sathyan was born to a Roman Catholic family in Thrikkannapuram , Nagercoil in Southern Travancore on 9 November 1912 as the second child of Cheruvilakathu Veettil Manuel and Emily. He has five siblings named Late Kunjamma, Chellayya, Neshan, Devadas and Jacob.Sathyan passed the Vidwan exam, equivalent to Master of Arts before joining Saint Joseph's School, Trivandrum as a teacher. After some time, he got job as a clerk in the Kerala Secretariat and worked there for about a year. He joined the army in 1941 and got posted as a Commissioned Officer of the Viceroy of India. He served the British army in Manipur, Burma (now Myanmar) and British Malaya (now Malaysia) during theWorld War II period. After finishing his term in the army, he returned home and joined the then Travancore State Police as a police inspector. During the communist riots in 1947–1948, Sathyan was the inspector at Alappuzha North Police Station.