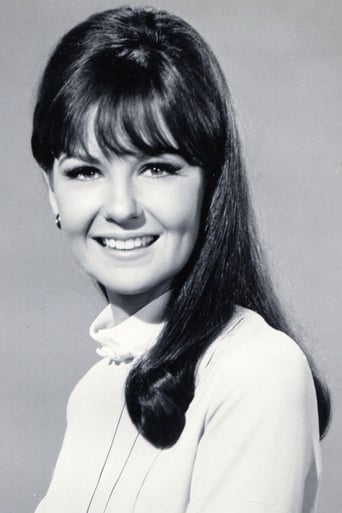 Vibrant, increasingly lovely teen fave Shelley Fabares withstood the test of time by transitioning successfully into adult parts unlike many of her 1960s "teen queen" peers who faded quickly into the memory books. She was born Michele Marie Fabares on January 19, 1944, in sunny Santa Monica, Californnia. As the niece of singer/comedienne Nanette Fabray, she was indoctrinated early into the show biz life. Tap dancing from age three, she also modeled during her elementary school and began appearing on such TV shows as Captain Midnight (1954) and Annie Oakley (1954) (the latter a recurring role). At age 12, she made her professional film debut in the Rock Hudson/Cornell Borchers tearjerker Never Say Goodbye (1956) as Hudson's daughter, and went on to play kid sister roles in the rock 'n' roll-themed Rock, Pretty Baby! (1956) and its sequel Summer Love (1957) both starring John Saxon. Teen-idol status came with her coming-of-age role as the ever-wholesome daughter "Mary Stone" on The Donna Reed Show (1958), a part she played for five seasons before embarking on a more grown-up film career. During the run of the classic sitcom, she and TV "brother" Paul Petersen grew so popular that they sprinted to adjoining pop singing celebrity, although both admitted that their vocal talents were limited. Shelley especially enjoyed a #1 Billboard hit with the breathy, sultry-edged "Johnny Angel". The character of "Mary Stone" was gently phased out of the show as her character "left for college". By this time, Shelley had turned into quite a curvaceous stunner. Her acting mettle hardly tested, she managed to become part of the bikini-clad blonde set with top femme parts in such fun-and-frolic fare as Ride the Wild Surf (1964), Hold On! (1966), which was a vehicle for British singing sensation Peter Noone of Herman's Hermits, and three of Elvis Presley's less-acclaimed vehicles of the later 1960s: Girl Happy (1965), Spinout (1966) and Clambake (1967).