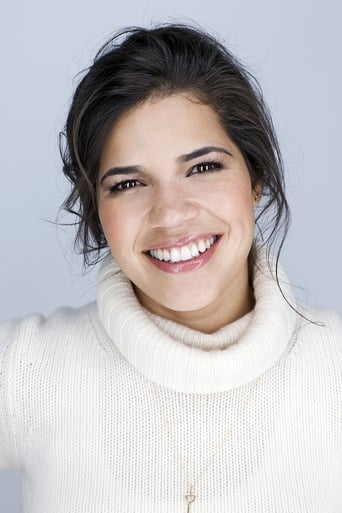 America Georgina Ferrera (born April 18, 1984) is a Honduran-American actress, best known for playing the lead role in the television comedy series "Ugly Betty". Her portrayal garnered critical acclaim, and she won the Golden Globe Award for "Best Actress in a Comedy Series", the Screen Actors Guild Award for "Best Female Actor in a Comedy Series", and the Emmy Award for "Outstanding Lead Actress in a Comedy Series". She has also starred in Real Women Have Curves, The Dry Land, The Sisterhood of the Traveling Pants, its sequel Sisterhood of the Traveling Pants 2, and had a small role in the skateboard biopic Lords of Dogtown (2005). In addition, she was the voice of Astrid the Viking in the Dreamworks animated picture How to Train Your Dragon.