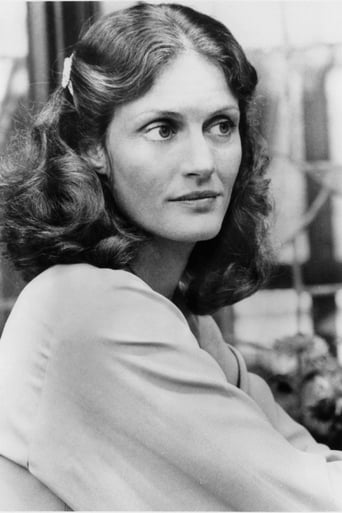 From Wikipedia, the free encyclopedia. Gail Strickland (born May 18, 1947) is an American character actress. Strickland was born in Birmingham, Alabama, the daughter of Theodosia and Lynn Strickland, who owned a tire shop. She had featured roles in 1970s films such as Bound for Glory, The Drowning Pool and Norma Rae. In a memorable Drowning Pool scene, Strickland and Paul Newman are trapped in a room filling with water from floor to ceiling, stripped to their underwear, with no apparent escape. Strickland appeared on the U.S. Navy series JAG first season episode "War Crimes". She played Ambassador Bartlett, the U.S. ambassador to Peru. She appeared in the pilot episode of the television series Night Court as the public defender. She guest starred in the Star Trek: Deep Space Nine episode "Paradise" as the character Alixus. In 1994-1995, she appeared as Ms. Landis of Doubleday in the Seinfeld Season 6 episodes "The Chaperone" and "The Switch". Strickland played nurse practitioner Marilyn McGrath in the 1988 TV series HeartBeat. This was one of the earliest portrayals of a lesbian character on American network television. She also had a memorable appearance on the television series M*A*S*H as Captain Helen Whitfield, a nurse in an ongoing battle with alcoholism. She appeared in 11 episodes of Dr. Quinn, Medicine Woman from 1993-94 as the character Olive Davis. She played Esther MacInerney, the wife of A.J. MacInerney (Martin Sheen), Chief of Staff for President Andrew Shepherd (Michael Douglas), in the 1995 blockbuster movie The American President, which also starred Annette Bening, Michael J. Fox, and Richard Dreyfuss. Strickland was a cast member in the brief run of the 2002 CBS television series First Monday, playing a Supreme Court justice. Description above from the Wikipedia article Gail Strickland, licensed under CC-BY-SA, full list of contributors on Wikipedia.​