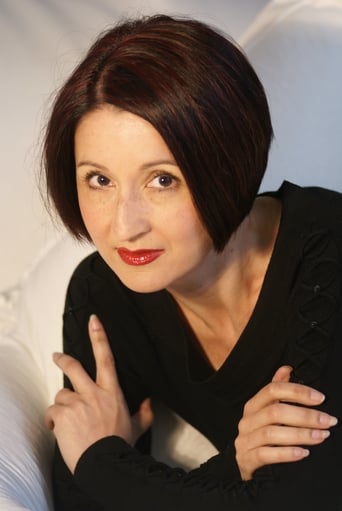 Jessica Martin is an English actress, singer and impressionist. Having graduated with a degree in English and Drama from Westfield College, London University, Martin made her theatrical debut on the fringe circuit alongside the likes of Rory Bremner and Harry Enfield. A skilled mimic, Martin soon made her name on TV with vocal work on Spitting Image and as the only female in the team of impersonators in LWT's Copy Cats, where she forged a friendship and double act with co-star Bobby Davro that carried across to his own show, Bobby Davro's TV Weekly. From there she went on to star in the West End, appearing in Me and My Girl at the Adelphi for two years alongside Gary Wilmot before undertaking a nationwide tour. Other musical credits include Mabel in the 1996 production of Mack and Mabel, Nellie Forbush in South Pacific and Norma Desmond in Sunset Boulevard. Most recently she has played Emily Hobbs in Elf: The Musical, and has appeared in cabaret both as a solo performer and accompanied by John Barrowman. On television, Martin has appeared in Doctor Who twice: firstly as the punk werewolf Mags in 1988's The Greatest Show in the Galaxy and in the 2007 Christmas special The Voyage of the Damned she lent her voice to portray the Queen. Her films include the role of The Singer in Derek Jarman's The Garden (1990) whilst radio roles have included Barbra Streisand in Jack Rosenthal's Last Act (2006) and Alma Cogan in Stage Mother, Sequinned Daughter (2002).