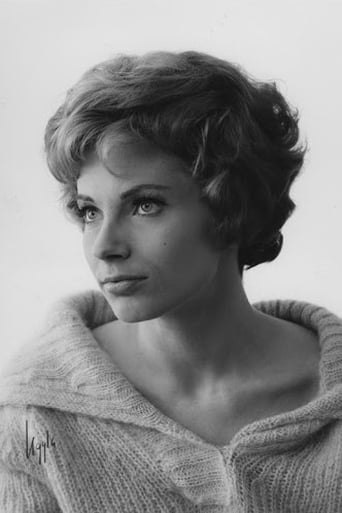 Gunnel Lindblom (born Gunnel Märtha Ingegärd Lindblom, 18 December 1931 Gothenburg, Sweden), is a Swedish film actress and director. As an actor she has been particularly associated with the work of Ingmar Bergman, though in 1965 she performed the lead role in Miss Julie for BBC Television. She also played the key-role of The Mummy in Bergman's staging of Strindberg's The Ghost Sonata in 1998-2000, a performance that earned her much critical acclaim. Married to senior lecturer Sture Helander (who was Ingmar Bergman's personal physician), she was sometimes credited as Gunnel Lindblom Helander, or Gunnel Helander. She appeared on stage as Tintomara's mother in Carl Jonas Love Almqvist's play Drottningens juvelsmycke (English: The Queen's Tiara), staged at Dramaten for the theatre's 100 years Jubilee in 2008. Currently (2009) directing the Jon Fosse play Flicka i gul regnjacka (Girl in Yellow Raincoat) at Dramaten, starring Stina Ekblad and Irene Lindh, which premiered on October 9. Description above from the Wikipedia article Gunnel Lindblom, licensed under CC-BY-SA, full list of contributors on Wikipedia​