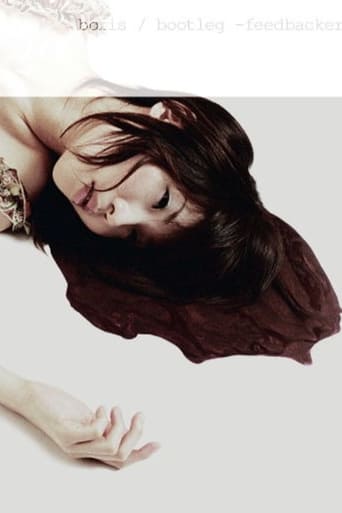 Boris: Bootleg -Feedbacker- is a movie released in 2005 director is Atsuo Mizuno, has a duration of 35 minutes this film was released in the languages 日本語 on a budget valued at with a score on the IMDB site from 0.0 and with a cast of Hollywood Stars Atsuo Mizuno Wata Takeshi Ohtani . Despite its name, this is an official live recording of the album Boris at Last: -Feedbacker- on October 16th 2004 at Skylight, New York.